Our top ten tracks in August

Each month we pick the best ten tracks to come out across the world. Do you have your own top ten tracks? Then send them to us and become one of our selectors! This top ten tracks selection is put together by our regular contributor Isaac Roblett.

August gemstone is Peridot, which symbolizes lightness and beauty, qualities espoused in the new music released this month. Here are our Top 10 tracks to be released in August:

“Poor Girl A Long Way From Heaven,” see Ezra Furman recount a childhood encounter with God, accompanied by Furman’s trademark distinctive mix of indie rock and pop, with a sprinkle of gospel/spiritual music, in keeping with the theme of her highly anticipated upcoming album, “All of Us Flames.”

“Chief So” is Chief Keef’s first song on his newly launched label “43B”. The battle-ready drill sound with its intense beat and arpeggiating strings, synonymous with Keef, is matched with his signature hard-hitting lyrics as he revels in his underdog status and addresses his haters.

Rising star Omar Apollo has assembled quite the reputation thanks to his unique blend of funk, pop, hip hop and r&b. He continues this trend with the slick and tranquil song “Endlessly”.

Indie heavyweights The National and Bon Iver’s Justin Vernon have teamed up for the delicately emotive song “Weird Goodbyes”, which touches on the ideas of heartbreak, grief and nostalgia, the perfect theme as we meander into autumn.

First Aid Kit – Out of My Head

The Mountain Goats- Mark On You

“Mark On You” is the latest single from indie rock veterans The Mountains Goats. A cinematic song inspired by action movies from the ’60s, ’70s and ’80s, which has the distinct talent of being cheerful yet simultaneously vengeful.

Greentea Peng – Look To Him

Neo-soul jew Greentea Peng (aka Aria Wells) explores the concept of individuality and the idea of tapping into source energy for creativity and inspiration in her alluringly silky and soulful new ballad “Look To Him”. A soothing piece of music to help get us through these testing times.

As we set foot into September, changes transpire in an array with the inception of autumn, and we wish you all a smooth and wonderful transition. However, at least one thing will remain the same, these articles! Join us next month for more new music. 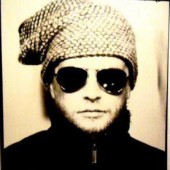